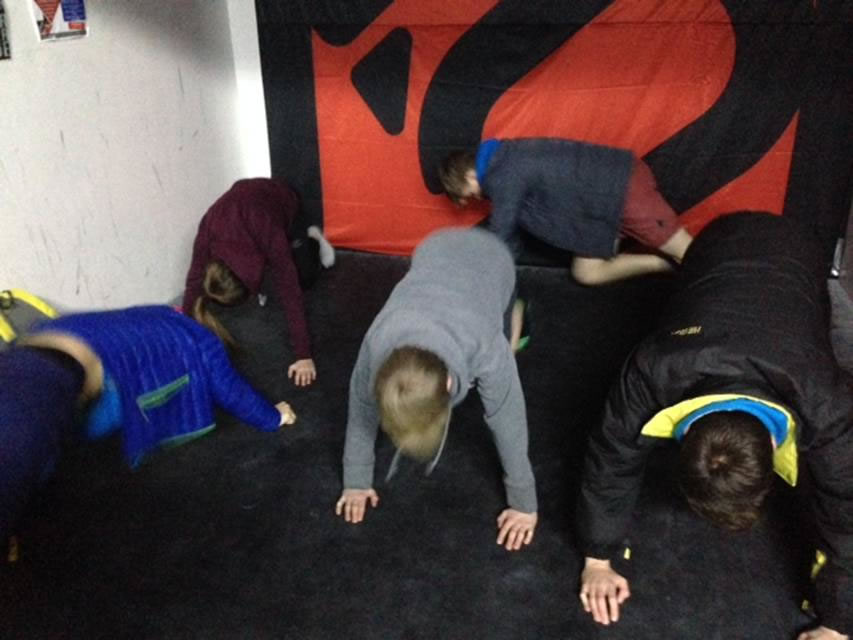 Only a few weeks in to 2015, and Gaz Parry with his Blokfest team put together an exciting round 4 at The Climbing Academy, Bristol.

The Surrey Sports Park Performance Climbing Squad (and coaches!) had enjoyed a well earned break from the routine of training, or being trained, over the festive period. However, with sessions resuming in the first week of January, the focus was immediately on the upcoming BMC Youth Climbing Series, and Blokfest rounds to be held in January.

Saturday 17th January dawned a bitterly cold one with some flurries of snow on the journey along the M4 corridor towards Bristol. This was to be quite a trek for the 7 squad members competing, with some having to travel for at least 2 hours, getting up in the cold and dark. A big thank you goes to the parents and chaperones for their support and endless ferrying of children around the south at some quite unsociable hours!

Understandably, the response to morning greetings were a little subdued; the common complaint being, ‘I’m so tired’! The Climbing Academy was soon busy, but we found a corner to warm-up and wake-up in!

The penultimate round of Blokfest got underway with the juniors having 3.5 hours to tackle the 25 blocs/problems. With many blocs shared for both male and females, there were also some specifically male or female blocs. It is nice to see this differentiation, occasionally.

All of the squad felt this set of problems were cleverly set, with many of them available to ‘flash’ (complete first time), but just as likely to ‘drop’ and only succeed on subsequent attempts. With scoring allocated by 10 points for a 1st attempt, 7 points for a 2nd attempt, 3 points for a 3rd attempt, and 1 point if the bloc is completed on any further (unlimited) attempts; it was all to play for and could be very divisive, and for Sam in particular, it would be decisive when it came to podium positions.

Here are some photographs taken as the squad worked their way around the competition set. (Click them to see a larger version.) 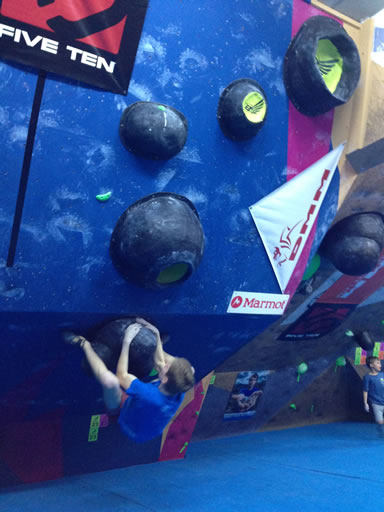 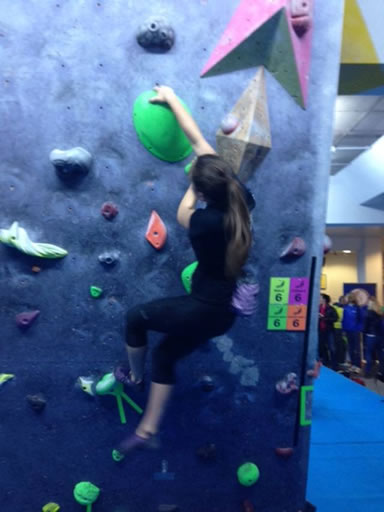 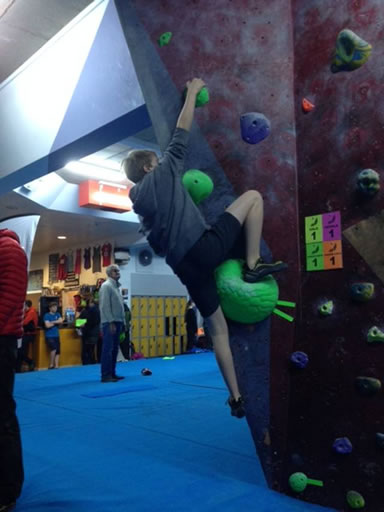 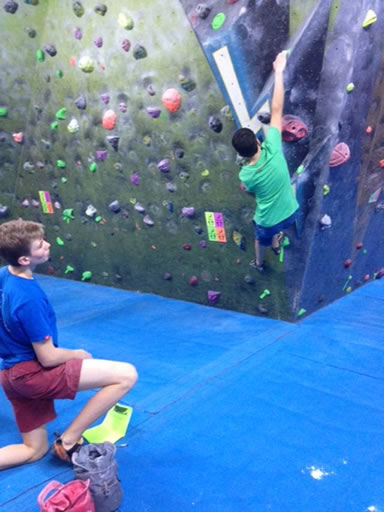 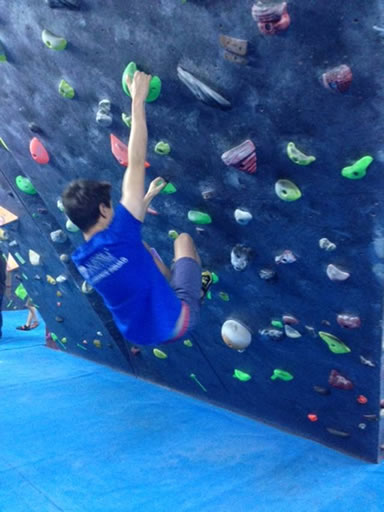 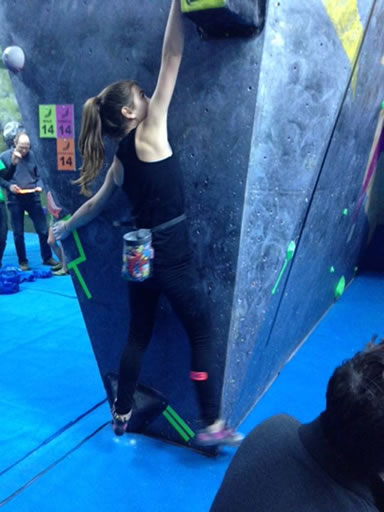 Visiting another wall, whether it is for social climbing, training, or competing is always beneficial as it presents the squad with a variety of angles, slabs and overhangs, not to mention route setting variety. This is crucial for helping to create a well rounded climber and the opportunity to identify and train any weaknesses. It was great to witness a more strategic approach to which blocs to attempt and in what order, including time management across the 3.5 hours available. This includes the need to keep hydrated and energised. The provision of free banana’s on the day looked to be appreciated by all the competitors!

The ‘mantelshelf’ climbing move is seldom recreated in the indoor environment, but has become a regular feature, literally, at Blokfest rounds. Their use of additional volumes to replicate a move more often associated with Peak District gritstone top-outs, has become somewhat of a trademark. Tackled in a variety of different ways, the two blocs that required a mantelshelf to some degree provided entertaining viewing for the parents and supervisors!

Problem 14 was to be tackled by all (including seniors later in the day), with the exception of junior males. With an arête and side-pull for the starting handholds, and both feet on a sloping volume, the next move was into a cubed volume unique to the Blokfest collection! Using the starting side-pull now as a foothold, the challenge was to find a way to progress up through the cube to another, but shallower side-pull. Now the fun really begun as each competitor tried to find a way to surmount the cubed volume! Not always ‘pretty’, but imaginative on many occasions! One such ‘flash’ was from Kat, with the relief clearly showing on her face after she had matched the finishing sloper hold! 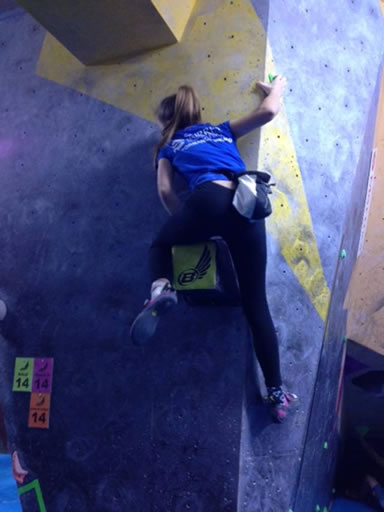 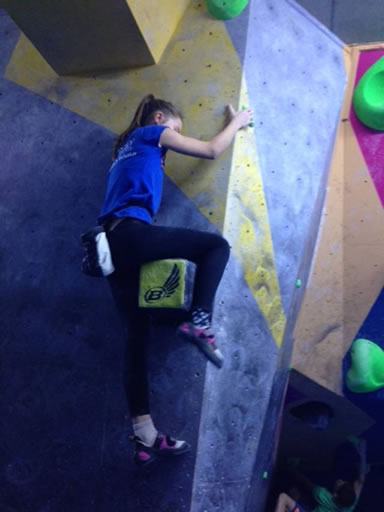 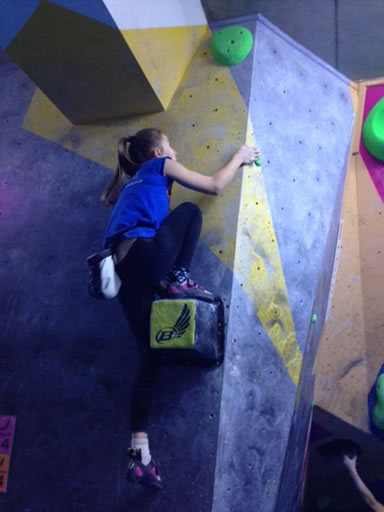 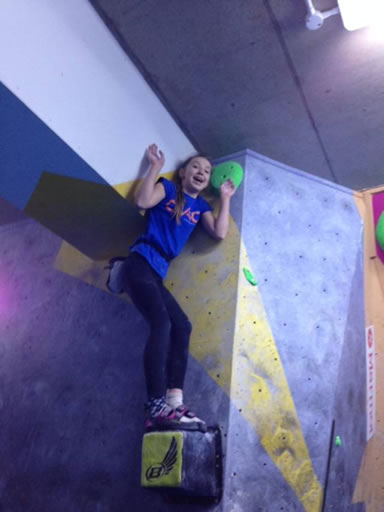 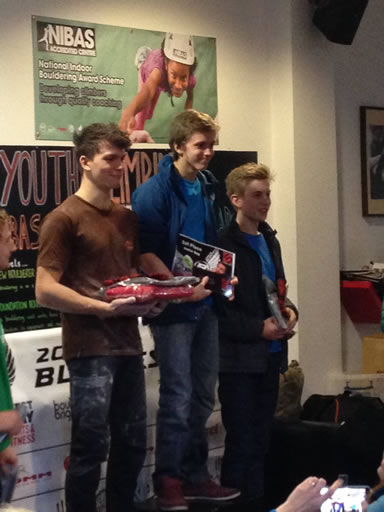 As 1.30pm grew closer, final attempts to claim vital additional points took place. Whilst rumours circulated that there was a clear winner in the junior males, with an incredible maximum score of 250 points, it was not so clear cut with second and third positions. Our very own, Sam Jenner, was again in the running for a podium position, but we wouldn’t know which one until the final presentations at 2.30pm. An anxious wait confirmed a third place. Well done, Sam! It was a privilege to see such sportsmanship between competitors, with parents and coaches feeling justifiably proud.

All of the Surrey Sports Park Performance Squad worked tirelessly throughout the competition. We will have to wait to see what position each of our juniors will place when results are published in due course that will take into consideration the more specific ‘youth’ age brackets. This is not revealed on the day, with only results being given for overall 1st, 2nd and 3rd ‘Under 16’ male and female.

Well done to Sam, James, Jake, Zac, Rachel, Beth and Kat for your hard work and good humour on the day. It was a pleasure to come and support you.

Our attention as coaches turns towards preparing the team for the BMC YCS to take place on Saturday 24th January 2015. The grand final of Blokfest is on the horizon for 1st March in London at Mile End wall.

No time to switch off and relax. There’s a lot to do and time will fly. We can’t wait!